Adrianna is a partner in Liebert Cassidy Whitmore’s Los Angeles office where she represents public agencies in all aspects of employment and labor matters. For over twenty years, she has worked diligently with cities, counties, special districts, housing authorities, and public schools and community college districts in labor relations, collective bargaining, and litigation services. Adrianna provides representation in disciplinary appeals, administrative hearings, arbitrations, mediations, labor relations, and negotiations, including serving as lead negotiator at bargaining tables.

Adrianna has represented more than 80 matters before the Public Employment Relations Board (PERB) on such issues as unfair practice charges, representation issues, requests for injunctive relief, and impasse procedures. She is very successful in having charges dismissed or withdrawn before a complaint is issued. Adrianna also provides an internal “PERB Academy” training for fellow firm colleagues to teach best practices and discuss strategies on how to handle different scenarios.

As a seasoned negotiator, Adrianna advises and represents agencies in the collective bargaining process. Adrianna serves as chief negotiator for public sector agencies in labor negotiations with their employee organizations, including both miscellaneous and safety employee units covered under the Meyers-Milias-Brown Act (MMBA) and Educational Employment Relations Act (EERA).  She expertly guides clients through the meet and confer process, including through impasse, mediation, and factfinding. Adrianna also serves as a behind-the-scenes advisor for agencies conducting in-house negotiations and advises on bargaining strategy, compliance with good-faith bargaining requirements, closed session preparations, and best practices for updating existing MOU language.

Adrianna is also an experienced litigator who has successfully handled employment cases involving claims such as harassment, discrimination, retaliation, and disability claims. She has experience in all phases of litigation. 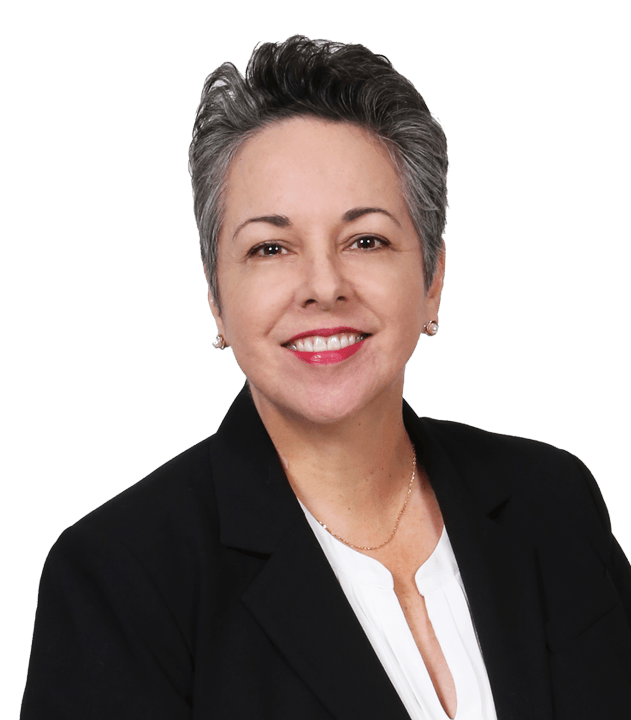 Franzosi v. Santa Monica Community College District (2004) – The Court of Appeal, Second District affirmed a trial court’s ruling that the 39 months to request reinstatement from disability retirement under Education Code section 87789 ran from the effective date of the disability retirement, rather than the eligibility date.

Echaverria v. City of Upland (2004) – In an unpublished decision, the California Court of Appeal, Fourth District, affirmed that the trial court’s decision that the nonpayment of sick leave was not punitive action under POBR that would entitle the officer to an administrative appeal because the peace officer had no right to sick leave when he was not sick.

Employee v. Kern County Hospital Authority (2019) – Personnel Officer adopted hearing officer’s recommendation to uphold the termination of a 14-year employee who had a lengthy history of substandard punctuality. The union argued that the discipline was excessive because the employee was typically less than 10 minutes late, and her late arrivals were justified by the need to care for family members. It also argued that the Authority had not engaged in progressive discipline. The hearing officer rejected those claims. He found that the employee had received progressive discipline. He noted that in addition to having substandard punctuality addressed in her performance evaluations, the employee received verbal counseling, written reprimands, and pay reductions for substandard punctuality, yet she continued to report late to work. The hearing officer also found that although the Authority twice informed her that she could apply for intermittent family leave when she claimed that family needs precluded her from getting to work on time, the employee never submitted any paperwork to justify such leave. Consequently, the Authority had just cause for terminating the employee.

Police Officer v. City (2017) – Personnel Board adopted administrative law judge’s proposed decision to affirm the 30-hour suspension of a police officer for discourteous and disrespectful treatment of a member of the public, incompetency, and offensive and obscene language.

Employee v. City, Transit Department (2017) – Personnel Board upheld the termination of a motorcoach operator for incompetence and inattention to duties in the performance of her job.

Police Officer v. City (2018) – Personnel Board adopted administrative law judge’s proposed decision to affirm the 80-hour suspension of a police officer for discourteous and disrespectful treatment of a member of the public, incompetency, and offensive and obscene language.

Employee v. City of Santa Monica, Big Blue Bus (2012) – Personnel Board adopted hearing officer’s recommendation to uphold the termination of a bus driver for physically assaulting a drunk and belligerent passenger who had made numerous racial epithets at the driver and spit on him.

Employee v. City of Santa Monica, Big Blue Bus (2012) – Personnel Board adopted hearing officer’s recommendation to uphold the termination of a bus driver for physically assaulting a juvenile passenger who had made racial epithets at a driver.

International Brotherhood of Electrical Workers, Local 18 v. Public Employment Relations Board, City of Glendale (2013) – Court sustained a demurrer to the first amended petition filed by employee organization challenging City’s refusal to appoint a panel member to a factfinding panel. Court agreed with City that factfinding request was untimely, and that employee organization had failed to exhaust administrative remedies.

Glendale City Employees Association v. Public Employees Relations Board (PERB) (City of Glendale, Real Party in Interest) (2012) – Court sustained a demurrer to the first amended petition filed by employee organization challenging PERB’s refusal to issue a complaint. Court agreed with City that it did not have jurisdiction because GCEA had not alleged facts showing that PERB’s refusal was based on erroneous statutory construction.

Highley v. City of Richmond (2009) – Court sustained demurrer as to all named defendants in race/sex harassment, discrimination, and retaliation lawsuit filed by former employee, sustained a demurrer to six causes of action on third amended complaint, and granted summary judgment as to sole remaining retaliation cause of action.

Highley v. City of Richmond (2009) – Plaintiff stipulated to dismissal for waiver of costs in FLSA lawsuit after a motion to dismiss filed.

Employee v. County (2020) – A former employee filed an unfair practice charge alleging retaliation and discrimination. The County prevailed in showing the employee did not have a valid claim within PERB’s jurisdiction, and that her complaints were of a personal nature and not in furtherance of concerted activity. PERB dismissed the charge at the outset without issuing a complaint.

Halvorson v. City of Santa Monica (2019) – PERB adopted ALJ’s dismissal of unfair practice charge filed by employee who claimed he was denied a promotional position in retaliation for protected activity.  PERB agreed that the employee had failed to demonstrate a prima facie case of retaliation. PERB further found that even if employee had stated a prima facie case of retaliation, the City proved that it based its decision on non-discriminatory reasons.

International Brotherhood of Electrical Workers, Local 47 v. City of Pomona (2017)– Union alleged that City unreasonably applied its local rules when it denied IBEW’s petition to sever certain classifications from the general unit. Following a hearing on a stipulated record, the ALJ found that the City reasonably applied its rules and dismissed the UPC.  The decision became final when the Union chose not to appeal the ALJ’s decision.

Union of American Physicians and Dentists v. County of Kern (2013) – Union alleged that the County had failed to exhaust impasse procedures, unilaterally imposed terms not reasonably comprehended within last, best and final offer, refused to participate in factfinding, and refused and failed to provide information necessary and relevant to the Union’s representational duties. Prior to the hearing, the Union withdrew its failure to provide information request. The ALJ dismissed the UPC following a one-day hearing. The ALJ found that the Union’s requests for factfinding were untimely, and that the terms imposed were discussed during negotiations. The decision became final when the Union chose not to appeal the ALJ’s decision.

Probation Officers Association v. County of Kern (2010) – PERB denied POA’s request for injunctive relief. POA had sought to prevent the County from proceeding to mediation and possible implementation of the County’s last, best and final offer on the ground that the County engaged in bad faith bargaining.

SCEA v. AFSCME, Council 57 and County of Siskiyou (2009) – PERB denied SCEA’s request for injunctive relief. SCEA had claimed it had disaffiliated from AFSCME and accused County of interfering with the union by not forwarding SCEA the membership dues. SCEA sought an order that the County pay it the membership dues collected from its members of the bargaining unit represented by AFSCME.

SCEA/AFSCME v. County of Siskiyou (2008) – PERB denied union’s request for injunctive relief. Union had claimed that County was violating its members due process rights by not providing it with documents it claimed it needed to represent an employee in a disciplinary hearing. Union sought order precluding County from holding a disciplinary hearing until documents turned over and ordering County to provide employee due process. Union withdrew UPC.

SCEA/AFSCME v. County of Siskiyou (2007) – (PERB Dec. No. 1894-M) PERB upheld ALJ’s dismissal of UPC filed by Union. Union alleged that County unilaterally changed layoff provisions by laying off two permanent employees before laying off extra-help, temporary, and probationary employees in a different classification. According to PERB, County’s interpretation of layoff provisions as being by classification was reasonable and consistent with County Code, Personnel Rules, and MOU.

Employee v. County (2022) – Arbitrator denied employee’s claim that she was entitled to a bonus for performing higher level duties after employee admitted she had never performed the distinct work of the higher position.

We are excited to continue our video series – Tips from the Table. In these videos, members of LCW’s Labor Relations and Collective Bargaining practice group will provide various tips that can be implemented at your bargaining tables. We hope that you will find these clips informative and helpful...

This article addresses the recent case “Danielson v. Inslee” in which the 9th Circuit Court of Appeals affirmed the dismissal of a lawsuit that public employees filed against the exclusive representative of their bargaining unit, and held that public sector unions are not liable for...