Melanie Poturica has been with Liebert Cassidy Whitmore since the firm’s inception in 1980. Melanie was the firm’s Managing Partner from 1995 until 2010. As Managing Partner, Melanie directed the successful operation of LCW including the overall management of the firm’s strategic planning, financial, legal, training and personnel activities. While managing the firm, Melanie continued to handle litigation, administrative hearings and advice and counsel.

Melanie was a vigorous litigator with an extensive background in suits involving discrimination and harassment, as well as disciplinary and due process issues, and other employment-law topics. Melanie tried several cases to verdict and/or judgment in state and federal court. They involved a variety of causes of action including allegations of discrimination under Title VII of the Civil Rights Act of 1964, the Fair Employment and Housing Act (FEHA), 42 U.S.C. 1981, and the Age Discrimination in Employment Act; retaliation under FEHA, whistleblower retaliation under Labor Code 1102.5, retaliation for exercising freedom of speech rights and union activities under 42 U.S.C. Section 1983, breach of contract, intentional infliction of emotional distress and false imprisonment. Melanie has also handled many ordinary writs of mandamus under CCP 1085 and administrative mandamus under CCP 1094.5.

Melanie uses her background as an administrative and court litigator and trial attorney to respond to requests from LCW’s public sector and private school clients for advice and guidance regarding employment-law issues and student issues which run the gamut from the disability interactive process, background checks, privacy rights, cyberbullying, investigations, retaliation, non-renewals of contract, discrimination, etc.   Melanie also regularly advises independent schools on student, faculty, governance, contract and a variety of other issues.  She brings to independent schools her seven-year tenure as a member of Chadwick School’s Board of Trustees, including four years’ service as a member of its executive committee.  Melanie was also chair of Chadwick’s Risk Management Committee.

An experienced investigator, Melanie created the firm’s Investigations workbook and has presented dozens of trainings on how to investigate discrimination, harassment and retaliation claims, including training at Association of Workplace Investigators conferences. Virtually every day Melanie advises, manages and oversees the investigation process for LCW clients. Melanie conducts investigations, including high profile, complex, and politically sensitive investigations.

Melanie is a former Chair of the Labor and Employment Law Section of the Los Angeles County Bar Association. 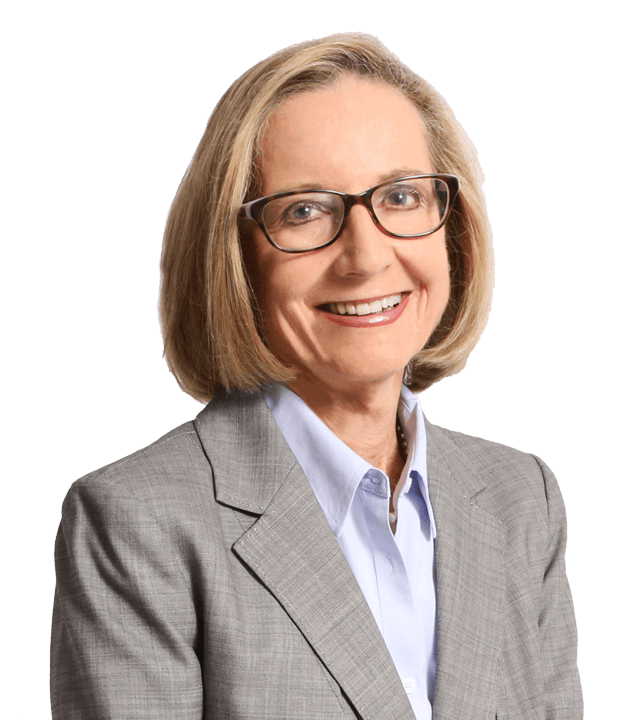 Harris v. City of Santa Monica (2013) – Prepared an amicus brief on behalf of the League of California Cities and the CA State Association of Counties in support of the City of Santa Monica in Harris v. City of Santa Monica in which the California Supreme Court agreed with the City and our position that an employee claiming discrimination under the California Fair Employment and Housing Act (FEHA) has the burden to prove that discrimination on the basis of a protected characteristic was a substantial motivating factor for an adverse employment action as opposed to “a motivating factor.” In addition, if the employer proves, by a preponderance of the evidence, that it would have made the same employment decision in the absence of any discrimination, the employee is not entitled to receive damages, but may be entitled to other relief, including reasonable attorneys’ fees.

Engquist v. Oregon Department of Agriculture (2008) – Prepared an amicus curiae brief on behalf of the League of California Cities and the California State Association of Counties for the United States Supreme Court case Engquist v. Oregon Department of Agriculture (2008) 553 U.S. 591, 128 S. Ct. 2146. There, the Court held that public employees cannot challenge employment actions as violating the Equal Protection clause under a “class of one” theory. Under such a theory, public employees could have argued that the United States Constitution’s Equal Protection clause required virtually all employment actions to have a “rational basis.” The Supreme Court’s holding foreclosed what could have been a far-reaching theory of liability for the plaintiffs’ bar.

Perez v. City of Westminster Police Department (2016) – In a published decision, the Court of Appeal affirmed the trial court’s determination that a police officer’s procedural rights under the Public Safety Officers Procedural Bill of Rights Act (Government Code section 3300 et seq. or “POBR”) were not violated when he was removed from the SWAT Team, Honor Guard, and not assigned any trainees as a Field Training Officer (“FTO”) after a decision was made to overturn his proposed termination.

Kansaku v. Hermosa Beach (2012) – In this litigation, the City of Hermosa Beach prevailed in a dispute about a police officer’s right to an administrative appeal under Government Code Section 3304(b) both in the trial court by way of summary judgment and in the Appellate Court where Melanie Poturica presented the oral argument.

Brar v. City of Banning II (2010) – Melanie Poturica and Judith Islas prevailed in a writ action brought by the City’s former Assistant Public Works Director’s challenging his termination for violation of the City’s sexual harassment policy. The employee claimed there was not substantial evidence to support the City Manager’s finding he had violated the sexual harassment policy, and that even if he had, termination was an excessive penalty. Melanie and Judith successfully defended the termination in the trial court by way of summary judgment which was affirmed by the Court of Appeal. Brar continued his challenge by filing a petition for review, asking the California Supreme Court to hear the case. Melanie and Judith opposed this petition, and the California Supreme Court denied Brar’s request for review, leaving intact the City’s victory in the Court of Appeal.

Hobdy v. LAUSD (2010) – In this unpublished U.S. Ninth Circuit Court of Appeals case, Melanie oversaw the motion to dismiss and summary judgment motion at the trial court level and presented oral argument to the Ninth Circuit Court of Appeals. The Ninth Circuit upheld the 12(b)6 motion to dismiss the intentional infliction of emotional distress claim and the motion for summary judgment on the Title VII retaliation claim, gender and race discrimination claims and hostile work environment claim.

Neely Nakamura v. City of Riverside Police Department, et al. (2013) – Successfully defended the City of Riverside and seven individual defendants, from demurrer through trial and the final non-suit, in a case where a police officer alleged eight causes of action. After 2 demurrers, which resulted in the dismissal of 4 of the individual defendants and 3 causes of action, Plaintiff’s Third Amended Complaint alleged claims for: 1) Unlawful Search and Seizure; 2) Violation of the Public Safety Officer’s Procedural Bill of Rights; 3) False Imprisonment; 4) Conversion; and 5) Violation of 42 U.S.C. section 1983. The Court granted summary adjudication as to all of Plaintiff’s causes of action except the third cause of cause of action for false imprisonment against the City and the three individual defendants. The Court granted non-suit as to this cause of action after a nine-day jury trial.

O’Connor v. City of Desert Hot Springs, et al. (2012) – Court granted Motion to Dismiss entire action with prejudice following four amended complaints. Plaintiff could not articulate what he said that was “protected speech” and thus could not state a claim for 42 U.S.C. Section 1983.

Marvin, et al. v. Housing Authority of the City of Los Angeles (2011) – The Court found that HACLA was entitled to summary judgment because the 3 Plaintiffs had not exhausted their administrative remedies. In addition, the court found that Plaintiffs were unable to demonstrate that they engaged in protected activity or show a causal link between their complaints to HACLA and any adverse action taken against them by HACLA under the whistleblower retaliation statutes. Finally, the Court found that it was undisputed that the Plaintiffs were added to the list of positions, which were proposed for elimination because they were not essential to the daily operations of HACLA, and it would be more cost effective to contract out for those services. The Court found that these were legitimate, non-retaliatory reasons for Plaintiffs’ layoffs.

Sellan, et al. v. Savelli, et al (2011) – On March 13, 2009, Plaintiffs Scott Kansaku, Donovan Sellan and David Bohacik filed a lawsuit against the City of Hermosa Beach, the Hermosa Beach Police Department Stephen Burrell, Gregory Savelli, Thomas Bohlin and Thomas Eckert. Plaintiffs alleged two causes of action under the Public Safety Officers Procedural Bill of Rights. (“POBR”) and the third cause of action under 42 U.S.C. section 1983. Defendants removed the lawsuit to federal court. Following motions to dismiss, the individual defendants and the third cause of action were dismissed from the lawsuit. The lawsuit was then remanded back to the Superior Court for adjudication of the remaining state law claims. On August 10, 2010, the Court granted summary judgment against Plaintiff Scott Kansaku. The Court found that Defendants did not violate Plaintiff Kansaku’s rights under the POBR.

Norrington v. LAUSD and Los Angeles School Police Department (2010) – We won this writ alleging a violation of the Public Safety Officers Procedural Bill of Rights. Petitioner argued that the District and Police Department violated the one-year statute of limitations under the POBR by not notifying him of the proposed discipline within a year of discovery of the misconduct. The Court held that under Government Code section 3304(d)(2)(H), the one-year statute of limitations was tolled during the Department’s investigation into allegations of workers’ compensation fraud by Petitioner and on that basis, denied the Petition.

Brar v. City of Banning I (2010) – In a case handled by Melanie Poturica and Judith Islas, they obtained a summary judgment resulting in complete dismissal of a discrimination and retaliation lawsuit brought by the City’s former Assistant Public Works Director, who claimed his being placed on administrative leave and then terminated was the result of retaliation for his complaining about sexual harassment and national origin discrimination. The Court held that there were legitimate business reasons for his termination and the City’s other actions, and the employee failed to show those legitimate reasons were pretext for discrimination.

Ramirez v. City of Hermosa Beach (2009) – Prevailed in an eight-day jury trial which involved a section 1983/First Amendment/retaliation claim brought by a police officer naming the City, the Police Chief and various members of the command staff as individual defendants. The City was dismissed from Plaintiff’s First Amendment claim prior to the jury trial. The jury returned a verdict in favor of the individual Defendants. Specifically, the jury found that the individual Defendants did not retaliate against the officer based upon his First Amendment speech and/or activities as a member of the Hermosa Beach Police Officers Association.

Ware v. City of Pasadena and Chief Bernard Melekian (2004) – Wrongful termination and Freedom of Speech case in a Federal Court jury trial. We won a defense verdict on the wrongful termination claim and, based on the juror’s answers to proposed questions, the Judge held that the balance was in favor of the City on the freedom of speech claim. The Judge granted a motion for judgment as a matter of law on all of the claims on behalf of the Defendants.