Pilar represents educational institutions in the full range of issues they confront, including personnel and student matters, discipline, disability issues and the interactive process, privacy, speech, confidential records, grievances, complaints, mandated reporting, civil rights, governance, and conflicts of interest. She regularly advises clients about sexual misconduct policies and procedures, and compliance with the Education Code, Campus SaVE Act, Clery, and FERPA. Pilar has trained boards, Title IX Coordinators, faculty and students at various colleges and schools concerning the prevention of and response to sexual harassment and assaults in compliance with federal and state laws.

Pilar represent schools and colleges in federal and state court, and serves as an advocate in administrative hearings related to discipline, layoff/reduction-in-force hearings, and other administrative proceedings. Pilar is an experienced trial attorney who has obtained defense verdicts and won summary judgments in favor of educational institutions involving disability discrimination, harassment, race discrimination, retaliation and other employment claims.

Pilar trains and assists with investigations pertaining to harassment, discrimination and employee and student misconduct.

Pilar was selected as a Southern California Super Lawyers’ Rising Star in 2006-2010. 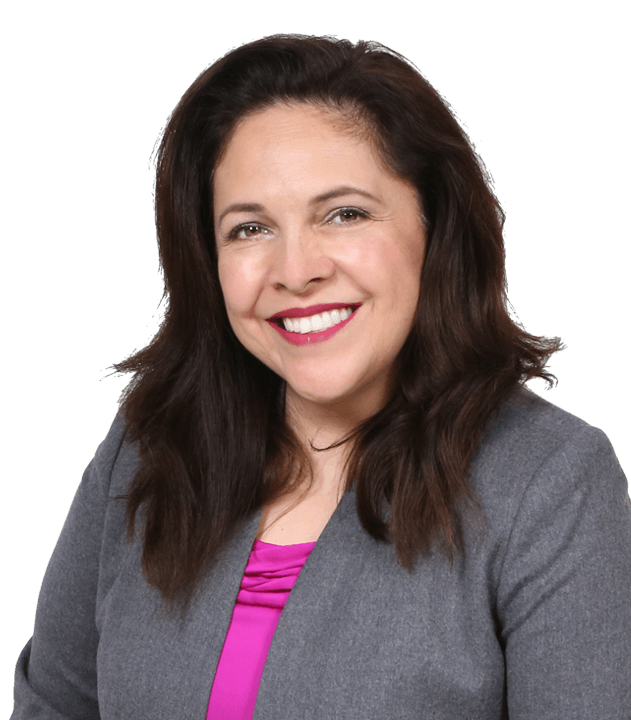 Pilar studied photography and occasionally worked as an assistant photographer during high school. When applying to college, she submitted her portfolio to art institutes with the intention of earning a degree in photography. When she retires, Pilar intends on picking up where she left off in her photography studies.

Classified Employee v. School District (2017) – School District suspended and demoted a warehouse worker for multiple violations of safety protocol.  This included failing to safely operate warehouse equipment and for continually neglecting daily tasks. He also exhibited a pattern of dishonesty regarding his safety practices.  Following his demotion to a different position, he again violated safety standards and the School District terminated him.  The employee appealed.  Following a three-day hearing, a hearing officer upheld the termination.  The hearing officer found that although the employee served for many years without discipline, termination was appropriate because his conduct following administration of proper progressive discipline did not result in correction of the misconduct.

Joseph Salemi v. Los Angeles Unified School District (2012) – In an 11-day teacher termination appeal hearing, the Commission on Professional Competence upheld the Los Angeles Unified School District’s termination of a permanent certificated math teacher due to unsatisfactory performance under Education Code section 44932, subdivision (a)(4). The Commission on Professional Competence found good cause for the teacher’s termination upon the District’s demonstrating that the teacher failed to meet minimum reasonable requirements for teaching as measured by the District and that he had a sustained history of poor teaching and failed to make significant progress towards improvement, despite specific recommendations, coaching and accommodations provided by the administration. The teacher merely went through the motions of teaching by making PowerPoint presentations before his class, but did not engage the students or guide them through the lessons with any meaningful exchange.

Court of Appeal Decision re Faculty Member Termination (2021) – In a case involving a college sociology professor charged with harassing students on the basis of their gender and LGBTQ status and for interfering with an investigation directive by contacting a student witness, the Court of Appeal issued a 2-1 unpublished decision in the District’s favor. The Court of Appeal reversed the trial court and ordered that it issue a writ instructing the arbitrator to terminate the faculty member’s employment. The decision emphasized that the unfit faculty member should not be reinstated, and that his lack of remorse further confirmed dismissal as the appropriate remedy. The majority opinion also recognized the harm the faculty member’s conduct had on students. LCW handled the disciplinary appeal arbitration, Petition for Writ of Mandate and the appeal.

Morrison v. Housing Authority of the City of Los Angeles (2003) – Court of appeal found substantial evidence that supported the trial court’s findings in support of the board’s decision to terminate an employee.  The Court also held that meetings that include fact-finding into charges and complaints against an employee require notice to the employee of the right to demand an open session under the Brown Act, Government Code section 54957, subd. (b)(2).

Breach of Contract (2012) – Obtained a victory for a private liberal arts and sciences college in a federal court case filed by a former student who after withdrawing, claimed the college breached contractual and other legal obligations. The college is located in Iowa and the case was filed in federal court in Los Angeles, in an attempt to “forum shop” and litigate the case in a forum more favorable to plaintiff for statute of limitations purposes. Prepared a motion to dismiss the case based on lack of personal jurisdiction, improper venue and forum non-conveniens, and met and conferred with the former students’ lawyer, after which plaintiff outright dismissed the case. This is a victory for an out of state college that was the victim of forum shopping and an attempt to subject that college to litigation in California. A swift and comprehensive attack to the lawsuit saved the college from the burden of litigating a case half way across the country.

Liburd v. Los Angeles Unified School District (2011) – Successfully moved for judgment on the pleadings in favor of the District and individual defendants in a case involving various claims including failure to train and supervise, excessive force, and retaliation in violation of the Fair Employment and Housing Act.

Michael Wells v. Los Angeles Unified School District (2010) – Successfully defended the District and individual defendants in a case involving five Plaintiffs who were employees at three different schools in the Los Angeles Unified School District and sued alleging various FEHA violations.  The court severed the cases finding they were not related and entered summary judgment against four of the Plaintiffs.

Yevnovkian v. Los Angeles Unified School District (2010) – Successfully represented the District against a petition for writ of mandate seeking reinstatement of a teacher who resigned and retired via a supplemental retirement program.

Coppi v. City of West Covina (2010) – Successfully obtained a defense verdict in a jury trial in the Los Angeles Superior Court in a case involving disability discrimination.  Prior to trial, we obtained a summary adjudication on Plaintiff’s claims under the Fair Employment and Housing Act for failure to engage in the interactive process and retaliation.

Alice Johnson v. LAUSD (2009) – Summary judgment in favor of LAUSD and against a special education teacher’s assistant alleging discrimination based on race, and failure to prevent discrimination under FEHA. Plaintiff claimed she was demoted and improperly and repeatedly disciplined due to her race. However, this plaintiff had a lengthy disciplinary history starting from 2000 and was repeatedly written up and disciplined for failing to adequately supervise her assigned student (who suffered from seizures), reporting late to her post after breaks, falsifying her time records, and insubordination, among various other performance issues.

Davis v. LAUSD (2006) – Obtained judgment in favor of the Los Angeles Unified School District in a case involving a petition for writ of administrative mandate where an employee claimed he was wrongfully separated him from his employment after he exhausted all available leave during his non-work related disability. The petitioner sought an order awarding him reinstatement, attorneys’ fees and costs, full back pay, restorations of benefits, reimbursement of PERS taxes, and other monetary damages.

On Thursday, June 23, 2022, the U.S. Department of Education released proposed changes to the Title IX regulations. The release of the amendments marks the 50th anniversary of Title IX, the federal law protecting individuals against sex discrimination in education programs and activities supported...

This article was reviewed January 2021 and the information is up-to-date.

On December 14, 2020, Governor Gavin Newsom issued Executive Order N-84-20 (the “Order”), addressing a number of issues related to COVID-19 and the present public health emergency.
In this bulletin, we address several...

Given the recent news coverage concerning COVID-19 vaccines and the government’s distribution plan for such vaccines, many of our clients have inquired whether it will be permissible to require school and community college district employees be vaccinated for COVID-19. This question is important...

On November 19, 2020, pursuant to emergency rulemaking authority, the California Occupational Safety and Health Standards Board (“OSHSB”) adopted temporary regulations regarding measures that all employers must undertake in order to prevent the spread of COVID-19 in the workplace (“emergency...

Partner Pilar Morin authored the ACHRO/EEO’s The Communicator article, “Investigations in the Time of COVID-19,” discussing the obligations CCDs have to conduct legally compliant investigations during the COVID-19 pandemic.

In a lawsuit involving sixteen states and the District of Columbia, including California, filed against the U.S. Department of Education challenging the new regulations governing how sexual harassment allegations under Title IX of the Education Amendments of 1972 must be adjudicated, U.S. District...

On Wednesday, May 6, 2020, the Office for Civil Rights (OCR) of the U.S. Department of Education released new Title IX regulations.  They take effect August 14, 2020.  The new regulations  mandate how K-12 and postsecondary institutions that receive federal financial assistance must define,...

On Wednesday, May 6, 2020, the Office for Civil Rights (OCR) of the U.S. Department of Education released new Title IX regulations.  They take effect August 14, 2020.  The new regulations mandate how K-12 and postsecondary institutions that receive federal financial assistance must define,...