Richard Kreisler is one of a handful of the most experienced and effective public sector labor negotiators in the State of California.  Additionally, as a former chair of the LCW public safety employment practice group, Richard brings to the table his nearly 40 years of providing labor and employment law advice and counsel to police executives.

Richard Kreisler has devoted much of his nearly 40 year legal career to the representation of California law enforcement and fire professionals.  After having spent the first fourteen of those years representing police and fire associations exclusively, Richard joined the Firm in 1989, confining his practice to the employment relations representation of public agencies through his work with police chiefs, sheriffs, fire chiefs and other public sector managers.  Having developed invaluable insights into police and fire administration and the inner workings of the public safety/labor management relationship as a result of the first phase of his career, Richard brings an unprecedented insider’s perspective to the representation of management, which maximizes the ability of his police and fire administration clients to anticipate and counter issues developed by associations and their members.

Richard provides ongoing counsel to a significant number of police and fire chiefs, to the Los Angeles County Sheriff’s Department, and to other police and fire administrators state-wide. He has particular expertise in conducting internal affairs investigations, prosecuting administrative disciplinary proceedings and defending law enforcement civil litigation in both state and federal courts.  Richard also represents many other public sector agencies, specializing in all aspects of the negotiating process and in grievances and impasse proceedings arising in connection with the meet and confer process.  Richard has participated in interest based fact-finding and arbitration periodically since 1975.

Richard’s commitment to representation of management in the bargaining field is exemplified by his representation and provision of bargaining counsel to municipalities having up to approximately 4,000 public safety employees.  A savvy negotiator, Richard has participated in the negotiation of several hundred contracts regarding police, fire and general municipal units.

Additionally, Richard is a perennial selection of his peers and opposing counsel as a Los Angeles Magazine “Southern California Super Lawyer.”  In 2011 and 2013, Richard was named by the Daily Journal to its prestigious list of The Top 75 Labor And Employment Lawyers In the state of California.

A member of the United States Supreme Court Bar, Richard is a frequent instructor at professional organizations throughout California. He is the author of Administrative and Legal Challenges to Law Enforcement Management, The Police Chief and Sheriff’s Bill of Rights Act, Minimizing Whistleblower Liability and numerous other workbooks and periodicals comprising Liebert Cassidy Whitmore guides to police and fire management. He is also co-editor of the annual CPER manual on the Public Safety Officer’s Procedural Bill of Rights Act. 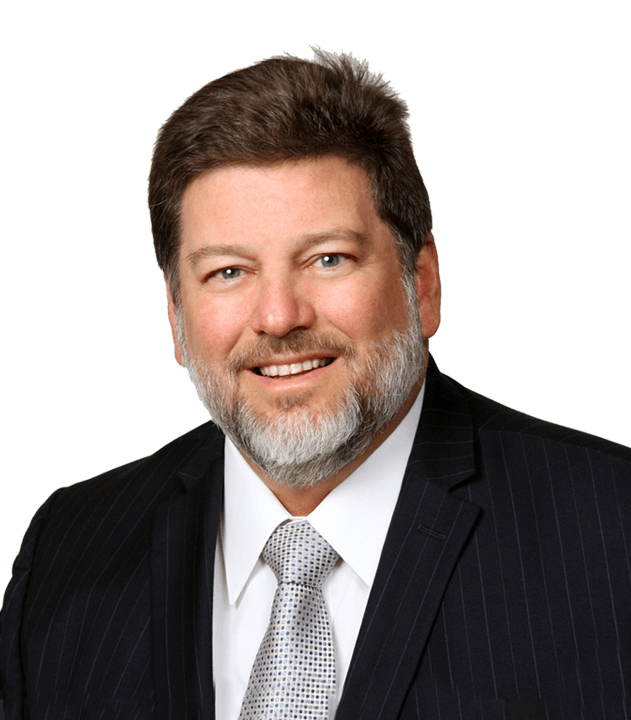 Affectionately known by generations of police chiefs as, "the client car," Richard put over 400,000 miles on his Mercedes diesel, while traveling to trials, hearings, negotiations, and strategic meetings on behalf of his LCW clients.

Steinert v. City of Covina (2006) – The Court of Appeal held that a peace officer was not entitled to the protections of the Act when asked questions by her supervisor in the ordinary course of duty where the supervisor did not suspect that the officer had engaged in serious misconduct.

Claremont Police Officers Ass’n v. City of Claremont (2006) – In a case handled by LCW at the superior court level, the Supreme Court adopts the lower court ruling by determining that a Police Department’s implementation of racial profiling study is not subject to meet and confer requirements.

County of Riverside/Riverside Sheriffs Association (2012) – As the chief negotiator for the County of Riverside, Richard Kreisler recently completed negotiations between the County and the Riverside Sheriffs Association, representing approximately 2,500 law enforcement members.  Most notable is that the agreement resulted in concurrence that newly hired law enforcement employees shall participate in a dramatically reduced defined benefit retirement plan which it is estimated shall save the County approximately $30,000,000 over the next 10 years.

City of Newport Beach and the Newport Beach Firefighters Association (2012) – Richard Kreisler served as the chief negotiator for the City of Newport Beach in the negotiation of a two-year labor contract with the City’s firefighters.  The labor agreement was ratified by the City Council on May 22, 2012, and provides for newly hired firefighters being enrolled in the reduced benefit 2% @ 50 retirement plan.  It is estimated that this will save taxpayers over $9,000,000 during the next 30 years.  Additionally, the firefighters will be funding 100% of their statutory contribution to the retirement benefit.

City of Costa Mesa and Costa Mesa Fire and Police Officers Associations (2012) – Richard Kreisler has been designated as chief negotiator to meet with representatives of the Costa Mesa Police and Fire Associations in order to address dramatic pension reductions as envisioned by the reform-minded Costa Mesa City Council.  These meetings have been particularly complex and difficult negotiations in that all involved employee organizations are benefiting from contracts which are in force and effect for two more years.  Thus, these delicate negotiations are presently being conducted in a format where cooperation and mutual agreement between the parties is a necessity if reform is to occur.  The process is ongoing with there being guarded optimism of a result that will yield pension reform.

City of Hermosa Beach and the Hermosa Beach Police Officers Association (2012) – Richard Kreisler is the chief negotiator for the City of Hermosa Beach and the representatives of the City and the Police Officers Association have just recently convened the meet and confer process by which to develop a 2012-2013 labor agreement.  What is unique about this process is that the parties have agreed to a video recording of the actual negotiations and the posting of these videos upon the City’s website for public review.  Few, if any, labor negotiations have been conducted with public observation being possible, and the impact of this transparency upon the process remains to be seen.  This is a unique approach to the meet and confer process.

County of Orange and the Association of Orange County Deputy Sheriffs (2012) – Richard Kreisler has been designated by the County of Orange as its chief negotiator in the just commencing meet and confer process whereby representatives of the County and of the Association representing the rank and file sworn Deputy Sheriffs, shall seek to negotiate a successor to the expiring 2009-2012 Memorandum of Understanding.  In the face of an estimated $500,000,000 budget deficit in the next approximate five years, it is imperative that the County bring about significant pension reform in order to adapt the funding requirements of post-employment benefits to the realities of today’s global economy.

City of Claremont and the Claremont Police Officers and Police Management Associations (2011) – Richard was the chief negotiator for the City of Claremont in its 2011-2012 meet and confer process with representatives of its Police Officers and Police Management Associations.  Significant pension reform was achieved by means of City Council implementation of changes in terms and conditions of employment requiring significant employee participation in the funding of their individual retirement benefits.

City of Glendale and Glendale Police Officers Association (2011) – These 2011-2012 negotiations were remarkable in several respects. Not only did the Police Association agree to fund 100% of health insurance premium increases that occurred in 2012, but Police Officers Association members agreed to fund 3.5% of the employer’s statutory contribution to their defined benefit retirement plan and to reduce the defined benefit plan to what is referred to as the 3% @ 55 retirement formula for all newly hired police officers.  This dramatic long-term multi-million savings to the residents of Glendale is a significant factor in addressing ongoing economic concerns being experienced by the City. The negotiated decreases in compensation are estimated to result in an approximate $2,200,000 savings in the 2011-2012 fiscal year alone.

City of Costa Mesa and Costa Mesa Firefighters Association – Richard Kreisler has been designated as chief negotiator to meet with representatives of the Costa Mesa Fire Association in order to address dramatic pension reductions as envisioned by the reform-minded Costa Mesa City Council. These meetings were particularly complex and difficult negotiations in that the employee organization is benefiting from contracts which are in force and effect for two more years. Thus, these delicate negotiations were presently being conducted in a format where cooperation and mutual agreement between the parties is a necessity if reform is to occur.

City of Costa Mesa and the Costa Mesa City Employees Association – Richard Kreisler has been designated as chief negotiator to meet with representatives of the Costa Mesa City Employees Association, a unit representing a substantial number of the City’s miscellaneous employee workforce. There has been a recent history of tension between City and the Association, resulting in ongoing litigation regarding issues of contracting out. This promises to be a challenging meet and confer process that is on the verge of commencement, with the City likely seeking significant cost-saving concessions from the Association.

The County of Orange and the Association of Orange County Deputy Sheriffs – As the chief negotiator for the County of Orange, Richard Kreisler is in the process of negotiating a significant concession-based Memorandum of Understanding with the Association of Orange County Deputy Sheriffs, an organization representing approximately 2,000 law enforcement employees of the County. Central to the meet and confer process is having employees fund 100% of the employee retirement contributions which have formerly been funded by the County.

City of Glendale and the IBEW – As chief negotiator for the City of Glendale, Richard Kreisler was instrumental in guiding the City through its first meet and confer process with the International Brotherhood of Electrical Workers, a union newly recognized to represent a substantial number of the City’s water and power employees. The process recently resulted in the City Council unilaterally implementing a variety of cost savings measures after the parties were unable to reach agreement on an initial Memorandum of Understanding. The implementation followed intricate PERB proceedings regarding the newly enacted AB 646 (factfinding process).