Suzanne Solomon is an experienced trial lawyer who has represented public entities, private companies and individuals in a wide range of employment disputes for over 20 years.  At Liebert Cassidy Whitmore, Suzanne’s litigation practice focuses on defense of single- and multi-plaintiff employment claims for discrimination, retaliation, harassment, violation of wage and hour laws, due process, First Amendment retaliation, and numerous other tort and statutory employment law claims.

Suzanne has tried cases before judges and juries in both state and federal courts.  She also has extensive experience representing law enforcement agencies, including winning summary judgment of discrimination claims made against Police Departments and command staff.  Suzanne has handled appellate matters in state and federal courts, including a case of first impression in the Ninth Circuit Court of Appeals regarding the criteria courts may use in deciding whether to grant interlocutory review of class certification decisions.

Along with her litigation practice, Suzanne regularly advises public agencies on all aspects of employment law, including employee discipline, leave laws, Americans with Disabilities Act compliance, and investigating and responding to discrimination complaints.

Suzanne is one of the firm’s most sought-after trainers.  She pioneered training for employers on recognizing unconscious bias and behaviors that can communicate hostility to others.  She now speaks throughout the State on this topic to help the firm’s clients recognize bias and learn to engage in more objective decision-making.  Her practice also includes developing and presenting management training on other important topics for employers, including due process, reasonable accommodation, privacy, and prevention of discrimination. 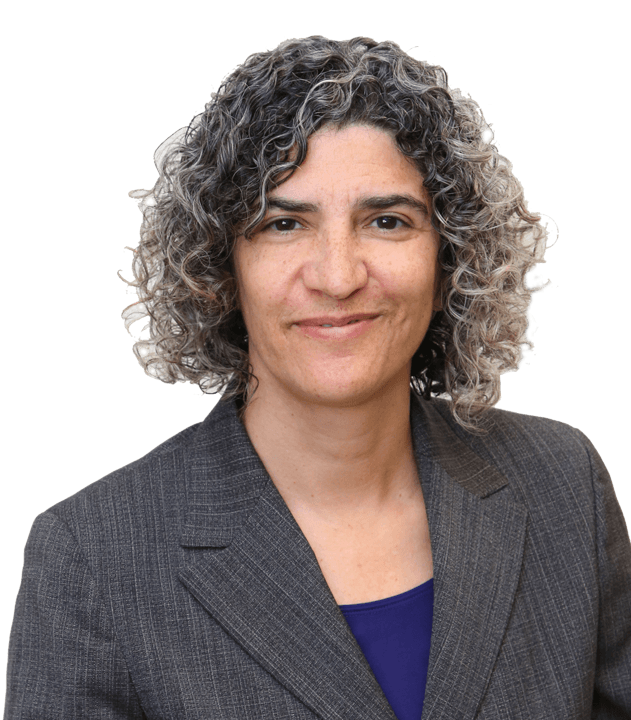 Police Officer Suspension (2014) – Successfully upheld the 11-day suspension of a city’s police officer who failed to follow police department procedures regarding confidentiality as it related to a rape investigation.

Police Officer Termination (2014) – Successfully upheld the termination of a city’s police officer who obtained a coerced statement from a suspect who was in custody in the City jail, failed to accurately report the risks that were involved in a parole search, and lied to a lieutenant during the planning of an operation.

Meinhardt v. City of Sunnyvale (2022) – A public safety officer filed a petition for writ to challenge a 44-hour suspension that the City’s Personnel Board imposed. The trial court denied Meinhardt’s petition and upheld the discipline. Meinhardt appealed. The California Court of Appeal upheld the trial court’s decision because Meinhardt’s Notice of Appeal was filed too late. This appellate victory clarified when an appeal is timely under the California Rules of Court.

Employee v. Public State Agency (2022) – Successfully defeated former employee’s writ petition in the California Court of Appeal seeking further production of text messages exchanged between members of the Agency’s governing body under the California Public Records Act (“PRA”).  We successfully argued that the employee failed to exhaust the Agency’s internal processes prior to seeking relief from the Court of Appeal on her PRA request.

Balestrieri et al v. Menlo Park Fire Protection District (2015) – Successfully defended the District against firefighters’ claims, alleging that the District was obligated to pay for time spent traveling between fire station to pick up or drop off “turnout gear,” before or after voluntary overtime shifts. The firefighters also claimed that the District should have included, in the regular rate calculation for overtime, the amount of money the District cashed out to employees for unused time in their “Annual Leave” bank. The firefighters claimed that the unused Annual Leave was akin to unused sick leave, which must be included in the regular rate. After the District successfully moved for summary judgment on both claims, the firefighters appealed. The Ninth Circuit affirmed the District Court’s decision and held that under the Fair Labor Standards Act, the travel time was not compensable. The Ninth Circuit also agreed that because the cashouts of annual leave were made in order to reduce the District’s liability for banked leave hours, the unused leave was not akin to sick leave and therefore did not have to be included in the regular rate used to calculate overtime.

Tamara Warner et al. v. City of Citrus Heights et al. (2010) – Plaintiffs, two police sergeants and a police officer, alleged that they were harassed based on their sexual orientation and released from probation because of their sexual orientation. They asserted claims against the City of harassment and discrimination and retaliation, and against the individual defendants (the chief, a commander, and a lieutenant) for harassment and emotional distress. Defendants filed an anti-SLAPP motion arguing that the City’s actions in investigating one plaintiff for dishonesty and releasing all of the plaintiffs from probation were official proceedings protected under the anti-SLAPP statute. The trial court denied the motion and Defendants appealed. The Court of Appeal found that the anti-SLAPP motion should have been granted as to the discrimination and retaliation claims because the City’s conduct was protected under the anti-SLAPP statute and Plaintiffs had not established a probability of success on the merits.

Employee v. California Public Utilities Commission (CPUC) (2017) – Obtained a complete summary judgment of all claims by a former employee of the California Public Utilities Commission who alleged that he was terminated from his employment because of his race and for alleged whistleblowing. Successfully showed that the employee had been repeatedly counseled about his conduct at work and the poor quality of his work product, refused to follow instructions, and made false and threatening statements to co-workers. The Court held that no reasonable jury could conclude that the employee had been terminated for anything other than his poor performance and misconduct, as consistently documented by the Commission.

Lake v. City of Hercules (2013) – Obtained summary judgment in favor of the City in a case where Plaintiff, a female police officer, lied to her Police Chief in order to obtain approval to purchase an assault weapon. After the City terminated her employment for dishonesty she sued the City, alleging that the termination was based on her gender, disability, and protected activity. She also alleged that she had been harassed based on her gender and disability.

Galos v. City of Sunnyvale (2013) – Obtained summary judgment in favor of City on Plaintiff’s claims that he was denied a reasonable accommodation of his disability and harassed based on his disability. He also claimed that he was retaliated against for complaining to the City’s Human Resources Department and the DFEH.

Ibarra v. City of Watsonville (2013) – Handled a case in which the Santa Cruz County Superior Court denied a petition for writ of administrative mandamus filed by former Watsonville Police Officer Francisco Ibarra, contesting the City’s denial of his appeal of his termination. The City terminated Ibarra’s employment for using excessive force after he deployed a police canine on a compliant suspect. Ibarra then falsified the police report regarding the incident to make his use of force appear justified. Under the City’s disciplinary appeals process, an evidentiary hearing was conducted by the City’s Personnel Commission, which then made advisory findings to the City Manager. The City Manager reviewed the Personnel Commission’s findings and determined that Ibarra had engaged in misconduct and that termination was the only appropriate penalty. On the writ petition, Ibarra argued that the evidence did not support the findings. The Superior Court denied Ibarra’s writ petition and upheld the termination.

S. Cuevas v. City of Campbell et al. (2012) – Successfully defended a writ of mandate filed in Superior Court by a former police officer asking the court to order a city police department to reinstate the former officer. A city police officer was disciplined during his probationary period with a three-day suspension for maintaining contacts with persons known to engage in criminal activities.

Hancock v. Plumas County (2012) – Obtained summary judgment in Plumas County Superior Court in favor of County and three individual supervisors who the employee had claimed harassed and discriminated against her based on her disabilities, age, and gender.  The employee also claimed that her layoff was discriminatory.

Domingo v. City of Sunnyvale (2012) – Obtained summary judgment in favor of City on Plaintiff’s claims that he was discriminated against and harassed based on his race and medical condition. He also claimed that he was retaliated against for complaining to the City’s Human Resources Department and the DFEH.

Woodford v. City of Colfax et al. (2011) – Obtained summary judgment in Placer County Superior Court of an employee’s claim that his layoff following the elimination of his position was discrimination for filing worker’s compensation claims.