With nearly 30 years of experience in labor, employment, and education law, Eileen O’Hare-Anderson has an extensive background in the successful resolution of many employment, education-related, and business and facilities, issues. Her primary area of expertise is representing and advising community college districts in a general counsel role, in all phases of education-related matters, including general business issues.

Eileen is experienced in representing community college districts in arbitrations and administrative proceedings regarding discipline of permanent employees and the release of probationary faculty members. She has also conducted numerous investigations into various allegations including discrimination and harassment investigations. Eileen also has experience working with staff in the day-to-day issues which arise in the facilities and general business area including negotiating leases and agreements, contact review, easement issues and bidding questions.

Prior to joining Liebert Cassidy Whitmore, Eileen served as General Counsel for the State Center Community College District, in Fresno. In that capacity she advised and represented the District, the Board of Trustees and the Personnel Commission in a variety of legal matters, including discipline hearings, administrative complaints, litigation, and policy review. Eileen has represented the District before the Department of Fair Employment and Housing and the Equal Employment Opportunity Commission. Additionally, she regularly provides advice and counsel in employment relations matters, including negotiations. She has also handled public finance matters, bid protests and disqualification of apparent low bidders.

Early in her career, Eileen handled all phases of litigation from initial pleadings to post-trial motions. She has experience in State and Federal Appellate Courts as well as the California Supreme Court. Eileen frequently presents training and workshops on employment and education topics including the “67 percent rule,” preventing discrimination and harassment, merit system procedures, and performance documentation and evaluation. She has also handled eminent domain matters for public agencies. 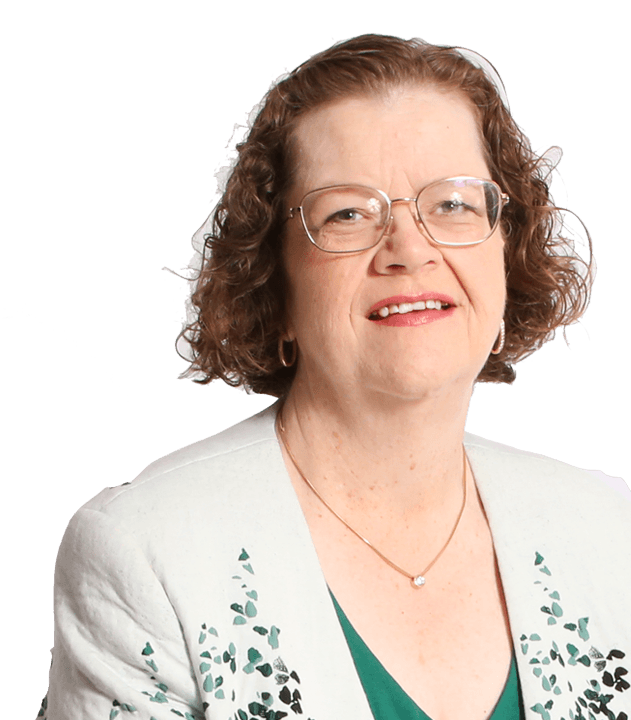 Eileen has won four ribbons at two state fairs for her homemade jam.

District v. Classified Confidential Employee (2020) – Terminated a classified confidential employee for failure or refusal to perform duties properly.  Employee at one point refused to work on a project and attempted to convince other employees on the project to also refuse to work on it until the District provided additional compensation for the work.

District v. Classified Manager (2019) – Matter pending.  Demoted a classified manager for gross incompetence, neglect of duty, and failure or refusal to perform tasks assigned to her by the Vice Chancellor, her supervisor.

District v. Classified Employee (2019) – Terminated a classified employee who appeared at work apparently under the influence of alcohol on two occasions and refused to go for alcohol testing when directed to do so by the Vice President of Human Resources.

District v. Faculty Member (2018) – An arbitrator upheld a semester-long suspension of a tenured non-instructional faculty member for personal use of district resources, errors in educational plans negatively affecting students, and failure to perform duties as directed by her supervisor.

District v. Classified Employee (2018) – Terminated a classified employee for insubordination, and performance deficits.  Employee refused to perform work as directed by his supervisor, refused to provide her with updates on pending work, told her she was incapable, and refused to work with outside consultants in updating IT systems.

In Re ER (2010) – Probationary Faculty Non-Reelection Grievance. The employee alleged several violations of the collective bargaining agreement procedures regarding the evaluation of probationary faculty members. The arbitrator ruled that the decision not to grant the employee tenure was reasonable despite violations of the collective bargaining agreement. The arbitrator also ruled that he was without power to order a fifth probationary year.

In Re CM (2010) – Tenured Faculty Termination. District terminated a tenured faculty member for chronically poor performance, low student survey responses, and demonstrably poor performance. Employee settled for nuisance value after the first deposition of a member of her evaluation team.

In Re PH (2010) – Probationary Faculty Non-Reelection Grievance. The District was proceeding under Education Code section 87740, which refers to a finding of cause. The Administrative Law Judge ruled that the District did not have to show cause to deny Grievant tenure because section 87740 only provides a procedural method for a grievant to obtain a hearing in the absence of a contractual provision for arbitration. It does not change the standard by which the matter is decided. Grievant claimed discrimination on several protected bases. The Administrative Law Judge found no discrimination.

In Re CT (2010) – Permanent Classified Employee Termination. The employee was terminated for taking property from a dormitory room. The hearing officer rejected all of the employee’s defenses and found the District had reasonable cause to terminate the employee.

In Re DT Whistleblower Complaint (2009) – Whistleblower Retaliation Claim Under Education Code Section 87164. The employee claimed he was given an unsatisfactory evaluation and reassigned after he brought an inappropriate budget transfer to the attention of the administration. The Administrative Law Judge found that the employee was not credible and that his performance justified the District’s actions.

Kern Community College District – Employee organization alleged that the District failed to properly implement a salary formula based on salary information from the District and six comparable districts, as published on the State Chancellor’s Office website. After the district filed its information with the Chancellor’s Office, it discovered that there was a significant error in its data. It submitted a corrected report to the State, as required by law. The employee organization filed a grievance, claiming that it was entitled to a salary increase based on the originally reported but erroneous figures. The arbitrator ruled that the District properly corrected the data filed in error and that therefore, employees were entitled to a 1.44% increase rather than the 8.23% increase claimed by the union.

Merced Community College District – Sale of Surplus Property (2012) – Effected a successful sale of surplus property for over seven figures for the Merced CCD. MCCD sold the surplus property to a local K-12 school district. We prepared the necessary Board resolutions and findings permitting the District to sell the surplus property directly to another public entity. Upon approval by the Board prepared and negotiated the purchase agreement. During escrow, assisted the District in producing the appropriate documentation and handled issues that arose during the transaction, including the need to have a Board approved an amendment to the purchase agreement. Escrow closed on time and the District promptly received payment for the sale.

Bid Protest – San Lorenzo Valley USD (2010) – Successfully advised the District and the Board in declaring the apparent low bidder non-responsive on a $4 million project.

COPs Antelope Valley CCD (2010) – Acted as District Counsel for a $10,000,000 Certificates of Participation in Los Angeles County Schools Pooled Financing Program 2010 Series C. The funds are being used for the construction and installation of photovoltaic solar panels upon shaded parking areas, parking lot upgrades, and hardware for information technology.

In Re-Classified Fact-Finding (2009) – Classified Post-Impasse Factfinding. The factfinding panel recommended the District’s position as its recommendation on six of the seven issues submitted.

On October 8, 2021, Governor Newsom signed Assembly Bill 438, which will require school districts and community college districts to provide classified employees with the same layoff notice and hearing rights as certificated and academic employees have. It also provides that any layoff notice or...

On Thursday, June 17, 2021, President Joe Biden signed the Juneteenth National Independence Day Act, (the “Juneteenth Act”) into law to recognize the end of slavery in the United States.  This new law adds Juneteenth, which takes place on June 19th of every year, to the list of federally recognized...

On December 7, the California Department of Public Health (“CDPH”) issued updated guidance concerning the recommended quarantine period for individuals following a “close contact” exposure to someone with COVID-19. The CDPH guidance now aligns with the Centers for Disease Control and Prevention’s...

Districts and employees cannot use district funds and resources to support or oppose any candidate or ballot measure. This means:

Employees may not use district resources, facilities, equipment, or supplies to campaign for or against a candidate or ballot measure.  This is true, even if a district...

As Election Day draws closer, we wanted to send out a reminder of some basic rules about political and election activity using district resources. The law protects everyone’s right to vote, right to voice their opinions, and right to support candidates and initiatives.  Community college districts...

On Friday, August 28, 2020, Governor Gavin Newsom announced a new “Blueprint for a Safer Economy” plan, effective August 31, 2020, which imposes color-coded, risk-based criteria on tightening and loosening COVID-19 allowable activities and expands the length of time between changes to assess how...

After the U.S. Department of Education released final regulations for the implementation of Title IX of the Education Amendments of 1972 on May 6, 2020, multiple states and advocacy organizations filed lawsuits against the Department and asked federal judges to delay the effective date of the new...

On August 7, 2020, the California Department of Public Health (“CDPH”) and the California Division of Occupational Safety and Health (“Cal/OSHA”) issued guidance for the operation of institutions of higher education, including community college districts, to provide safe environments for employee...

As community college districts look toward the Fall 2020 semester, they will be making significant operational decisions about the way they will be offering programs and services. The current economic outlook, continued uncertainty about shelter-in-place orders as a result of COVID-19, and possible...

On March 17, 2020, Governor Gavin Newsom issued Executive Order N-29-20.  In addition to provisions regarding Medi-Cal, CalFresh and CalWORKs, the Order supersedes the changes to the Brown Act in his March 12, 2020 Executive Order.
Under the Executive Order, Governor Newsom waived several...

In the past month, COVID-19, the illness caused by the Coronavirus, spread throughout much of the world, including to the United States.  California has now reported its first fatality associated with the virus, and Governor Newsom declared a State of Emergency.  Given the scope of the virus’s...

In the past month, COVID-19, the illness caused by the Coronavirus spread throughout much of the world, including to the United States.  California has now reported its first fatality associated with the virus, and Governor Newsom declared a State of Emergency.  Some school districts have announced...

This Special Bulletin follows up on our February 5, 2020 Special Bulletin on COVID-19, the novel coronavirus of 2019.  The information in that Special Bulletin remains valid, including those steps individuals can take to lessen the spread of the virus.
In the past month, COVID-19 spread throughout...