Emanuela Tala is an Associate in Liebert Cassidy Whitmore’s Los Angeles office where she provides representation and legal counsel to clients in matters pertaining to employment law and litigation. She has defended employers in litigation claims for discrimination, harassment, retaliation, wage and hour and other employment claims. Emanuela has successfully argued dispositive motions, including motions for summary judgment. 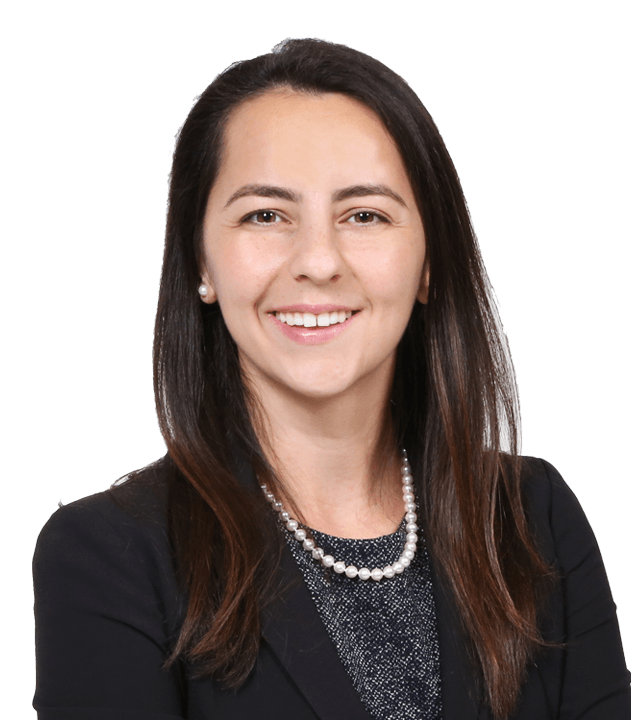 Emanuela has run the LA marathon 5 times (training for a 6th), about 10 half marathons, and her goal is to run a half marathon in all 50 states.

Todd Palombo v. City of Costa Mesa (2019) – A former firefighter brought claims against the City alleging he was not promoted to Captain due to his age. A prima facie case of age discrimination arises when the employee shows (1) at the time of the adverse action he or she was 40 years of age or older (2) an adverse employment action was taken against the employee, (3) at the time of the adverse action the employee was satisfactorily performing his or her job and (4) some other circumstance suggesting a discriminatory motive was present, such as replacement by a significantly younger worker with similar qualifications. Plaintiff argued that, because the testing process gave the Fire Chief discretion to promote the applicant he felt was best qualified from an eligibility list, it allowed the Fire Chief to discriminate against Plaintiff.  However, LCW demonstrated that the City had legitimate, non-discriminatory reason for promoting individuals other than Plaintiff. In fact, a majority of the candidates selected during the contested time period were over the age of 40 and outscored Plaintiff on the promotional examination.  Based on the foregoing, the Judge granted Motion Summary Judgement in favor of the City.

In June 2021, the Supreme Court declined an invitation to overturn Employment Division, Department of Human Resources of Oregon v. Smith, its seminal 1990 case holding that a facially neutral and generally applicable law survives a challenge under the Free Exercise Clause if it is rationally...

The Great Awakening was an 18th Century religious revival in the American colonies in response to secularism that particularly encouraged people to develop a personal relationship with God.  Many historians believe it had a lasting impact on American culture.  Recent workforce developments suggest...

In March 2018, a Philadelphia Inquirer reporter alerted the City’s Department of Human Services (“Department”) that two of the foster care agencies with which it contracts – including Catholic Social Services (“CSS”) – refused to work with same-sex foster parents.  The Department promptly conducted...

If you consume social media, be it Facebook, Instagram, Twitter, or the app of the moment TikTok, you have certainly come across “the Karen meme.”  By and large, “the Karen meme” is an image depicting a middle-aged Caucasian woman, almost always sporting a spiky, short blonde haircut.  “Karen”...

Let’s set the scene.  It’s February of 2020, and an employee comes to you, a supervisor, to “vent” about being the target of off-color comments and jokes due to the employee’s national origin.  The employee does not use the term “harassment.”  Moreover, the employee tells...

Organizational Resiliency After COVID: Employees Are Always at the Heart of the Matter
San Diego | Urban Water Institute