Scott is perhaps best known as a leading advocate for, and trusted advisor to public safety agencies across California.  He is called upon in high profile cases to advise public safety executives regarding how to conduct complex investigations, manage media relations and navigate the procedural complexities of the Public Safety Officers and Firefighters Procedural Bill of Rights.  He has earned a reputation for successfully prosecuting many difficult cases involving allegations ranging from excessive force to sexual abuse to fraud.

Scott also represents a wide variety of other government agencies in labor and employment matters.  Scott serves as lead negotiator for multiple employers in collective bargaining with both safety and general employee bargaining units.

Scott frequently is asked to lend his knowledge and expertise to other professional organizations.  He is General Counsel to the Los Angeles County Police Chiefs Association and previously served as Chair of the Southern California Police Legal Advisors Committee, Chair of the Labor Relations subcommittee on the dissolution of redevelopment agencies for the League of California Cities, and served on the Board of Advisors of the California Public Employee Relations (CPER) program.

Scott serves as General Counsel of the Los Angeles County Police Chiefs Association and is a member in good standing of the California State Bar Labor & Employment Section.

Scott has continued to be recognized throughout his career including the following: 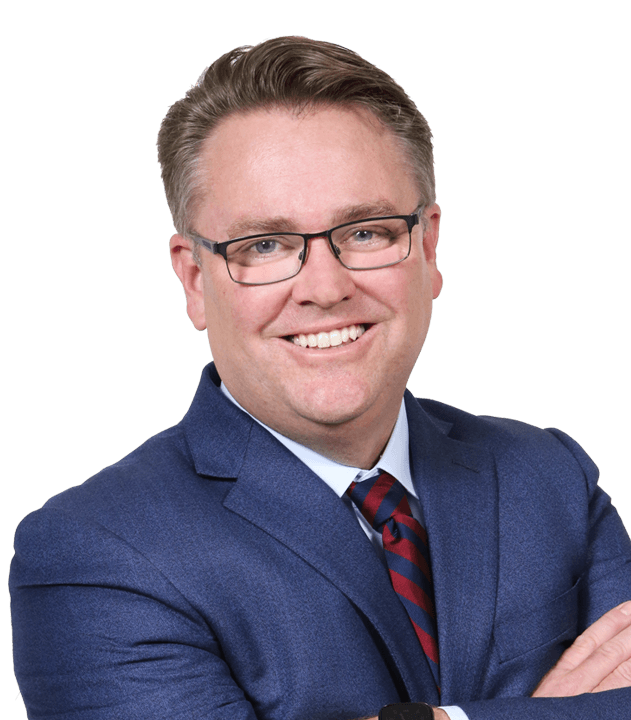 Scott is an avid Dodgers fan.

Police Officer v. City (2021) – LCW prevailed in a police officer termination appeal involving one of two officers involved in a fatal shooting. The incident made national news when one of the officers, a field training officer (FTO), and his partner, a probationary officer who had lateraled from another agency, fired 75 rounds (many of which were through the windshield of a moving vehicle) in a slow speed pursuit on a Saturday morning in a quiet residential neighborhood. The FTO fired 11 rounds using a high-powered AR-15 rifle, failed to give the suspect an opportunity to surrender, failed to employ proper felony traffic stop tactics, and failed to provide effective feedback to his more junior partner.

Police Officer v. City (2019) – Hearing officer upheld the termination of a former police officer who prepared multiple false police reports. The police officer’s performance during a single incident led LCW to recommend an audit of other cases.  That audit, in turn, revealed additional cases and a pattern of fabricating subject confessions.

Police Officers v. City (2018) – Currently prosecuting judicial appeals of multiple officers terminated in connection with an internationally renowned incident of excessive force resulting in the death of a citizen.

Police Officer v. City (2017) – Demotion of a peace officer for insubordination upheld after an administrative appeal.

Police Officer v. City (2017) – Civil service commission upheld the termination of a police officer for failure to disclose opiate use during the pre-employment medical examination.

Police Officer v. City (2014) – A hearing officer upheld the termination of a police officer who misappropriated evidence – stolen power tools – and put it to use in his construction business. The officer claimed that an employee of a home improvement warehouse from which the property was originally stolen gave him permission to keep the tools.

Police Officer v. City (2014) – A former police officer abandoned his appeal after the Department’s presentation of its case in the Department proved the former officer had taken a title loan on his vehicle and then sold the same vehicle to an unsuspecting buyer from whom the vehicle was repossessed.

Oakland Police Officers’ Association et al. v. City of Oakland (2021) – Scott filed an amicus brief for the League of California Cities and Los Angeles County Police Chiefs Association, which resulted in a decision that expressly disagrees with the Santa Ana POA decision.  The decision concluded that mandatory disclosure of complaints and reports prior to any subsequent interrogation of an officer suspected of misconduct undermines a core objective of POBRA and only non-confidential material should be disclosed upon request.

San Francisco Police Officers’ Assoc. v. San Francisco Police Comm. (2018) –  Filed an amicus brief for the League of Cities and the California State Association of Counties.  The police association argued that the employer was obligated to arbitrate denial of a grievance alleging that the employer breached a contractual obligation to negotiate changes to its use of force policy.  But the MOU only required the employer to negotiate over matters within the scope of representation and the Court of Appeal held, among other things, that establishment of a use of force policy is a management right and involves a municipality’s exercise of police power that cannot be bargained away.

County of Los Angeles v. Mendez (2017) – Submitted amicus brief at the U.S. Supreme Court on behalf of the Los Angeles County Police Chiefs Association.  The case held that the Ninth Circuit Court of Appeal’s provocation doctrine was inconsistent with the Supreme Court’s decision in Graham v. Connor, the seminal case establishing that an officer’s use of force must be judged according to an objective reasonableness standard.   The provocation doctrine had provided that officers could be liable for their otherwise reasonable force if they intentionally or recklessly committed an earlier Fourth Amendment violation that led to the use of force that injured plaintiff.

Alice Robin v. City of Monrovia (2013) – Appellant Robin sued the City for allegedly retaliating against her, in violation of Title VII, after she filed complaints with the Equal Employment Opportunity Commission.  At trial, the jury was instructed to consider whether four separate actions by the City – including the offer of a retirement package known as the “Golden Handshake” – were retaliatory acts.  The jury returned a verdict in favor of the City and the Ninth Circuit Court of Appeals affirmed.  Robin appealed on the grounds that the trial court erred by not giving a jury instruction that the settlement agreement offered to her as part of the Golden Handshake did not comply with the Older Workers Benefit Protection Act (OWBPA). The Ninth Circuit rejected this argument, but it did conclude that the district court erred by declining to give an instruction setting forth the OWBPA’s requirements.  Although the Court found error, it concluded that it was harmless based on the evidence at trial because it is more probable than not that the jury would have reached the same verdict even with the OWBPA instruction.

Ferguson v. City of Cathedral City (2011) – The Court of Appeal upheld termination of a police officer for solicitation of prostitution after the officer declared an earlier settlement agreement with the City “null and void” under which he had been suspended without pay.  The Court of Appeal also held that the City did not violate the officer’s Skelly rights when the officer, who claimed to be unable to be able to drive the City for a Skelly meeting, was terminated without a Skelly meeting after he did not avail himself of various accommodations offered to him by the City to enable him to exercise his Skelly rights.

Thompson v. City of Monrovia  (2010) – In a case handled by Scott Tiedemann and Judith Islas, the Court of Appeal, second judicial district, affirmed summary judgment in this alleged retaliation and harassment case brought by a Caucasian police officer based on alleged discriminatory treatment towards his African-American co-worker.  Specifically, the officer claimed he was retaliated against for reporting alleged discriminatory treatment of his African-American co-worker and for testifying on the co-worker’s behalf in a separate lawsuit brought by the co-worker.  The officer also alleged the City failed to investigate the alleged harassment and retaliation. In a lengthy opinion, the Court decisively rejected all of the officer’s arguments.  Key in the court’s analysis was the long and well documented history of the officer’s performance issues.  On the harassment and hostile environment claims, the Court concluded that a Caucasian officer can premise these causes of action based on an association with or advocacy on behalf of another officer’s protected classification but must show he was personally subjected to unwanted racial comments as a result of the association or advocacy and also, that the conduct was severe and pervasive, which the officer failed to so in this case.

Benach v. County of Los Angeles  (2007) – The California Court of Appeal held that removing a deputy sheriff from his special assignment as a pilot “without a concomitant loss of rank or pay” is not a punitive action which entitles the deputy sheriff to an administrative appeal under the Public Safety Officers Procedural Bill of Rights Act.

Miscellaneous Employees Association (2018) – Negotiated collective bargaining agreement that established 9/80 work schedule on a trial basis and afforded employer the ability to revert to 5/40 without further obligation to meet and confer.

Police Officers Association (2017) – Secured four-year collective bargaining agreement with police association that afforded city council flexibility to negotiate the fixed cost of living adjustments in last two years of an agreement without risk of fact-finding if increases were denied.

LCW Managing Partner Scott Tiedemann weighed in on Senate Bill 2 and what it means for policing practices in the Oct. 12, 2021 23ABC News Bakersfield article “ACLU, Faith in the Valley say Department of Justice, Bakersfield Police reform plan not enough.” Concerning the newly signed bill that...

On April 26, 2021, the First District Court of Appeal published its decision in Oakland Police Officers Association v. City of Oakland (2021) — Cal.App.5th — (“Oakland POA”).  The case provides critical guidance regarding what information a law enforcement agency must provide to a peace...

LCW Managing Partner Scott Tiedemann recently discussed details of the high-profile Kelly Thomas case with KFI News reporter Corbin Carson. As attorney for the City of Fullerton, Scott said it has taken nine years of lawsuits and appeals to uphold the lawsuit of the two police officers involved in...

The present is a uniquely challenging time for law enforcement agencies.  Public discourse, which can tend to be demoralizing, is consistently critical of police.  In turn, legislators have set their sights on reform.  By the end of the 2020 legislative session, the California Legislature had...

Our nation has continued for months to react to the death of George Floyd, and this reaction includes the thousands who have participated in mass protests across the country in June 2020.  Many people feel compelled to speak openly and passionately about an issue of national importance.  Public...

Managing Partner J. Scott Tiedemann and Associate Brian Hoffman explored whether the Fourth Amendment applies to a police shooting if the suspect escapes in the “High Court to Rule Whether Bullets Always Qualify as a Seizure”, which was published in the Nov. 6, 2020 issue of the Daily Journal. The...

As the COVID-19 pandemic continues, law enforcement professionals bravely continue to perform their duties and come in regular contact with the public, potentially exposing themselves to the virus.  Concerned for the safety of their officers and the communities they serve, law enforcement agencies...

A fever, which is defined by the Centers for Disease Control and Prevention (CDC) as 100.4°F/38°C or higher, is a symptom and key indicator of COVID-19.  Many employers, including law enforcement agencies, are already taking or are considering taking employees’ temperatures before allowing them to...

J. Scott Tiedemann, Peter Brown, and Steve Berliner were interviewed in the Daily Journal to discuss advising clients in the time of COVID-19.  Topics discussed include public safety advice, labor relations issues, and retirement counsel during a pandemic.  To read the full article, please visit...

This article highlights two laws passed this year by California’s Legislature that have profound impact on police officers – Assembly Bill 392 and Senate Bill 230. These laws become effective January 1, 2020. AB 392 amends Penal Code Section 192 and 835a and updates the standards under which police...

This article highlights some of the major legislative changes affecting employees in the workplace and suggests best practices to protect your agency and create a harassment-free workplace. The #MeToo movement exposed the prevalence of sexual harassment in the workplace. As a result, society is...

J. Scott Tiedemann co-authored an article for the Daily Journal on Senate Bill 1421 which took effect Jan. 1, 2019. This bill dramatically increases the public’s access to certain peace officer personnel records relating to police misconduct and serious uses of force. While the law’s premise to...