Jennifer is a prolific litigator with an extensive background in lawsuits involving discrimination, harassment and retaliation, as well as disciplinary and due process issues.  As a litigator, Jennifer has considerable experience with law enforcement issues, including the Public Safety Officers Procedural Bill of Rights Act, and in defending law enforcement agencies in officer discipline, Section 1983 claims and Pitchess Motion hearings.  She has tried law enforcement lawsuits to verdict and/or judgment in state and federal court in cases involving claims for retaliation for exercising freedom of speech rights and union activities under 42 U.S.C. Section 1983 and false imprisonment.  In one of her recent trials, Jennifer obtained a non-suit after nine-day jury trial involving a police officer who alleged numerous tort causes of action. Jennifer  has been successful in obtaining summary judgment on behalf of clients in many of her litigation matters in both state and federal court and also has extensive appellate experience.

In addition to her work as a litigator, Jennifer represents clients in numerous administrative appeal hearings and has a strong record of success on behalf of the firm’s clients in in upholding their disciplinary decisions.  Jennifer also frequently responds to requests from clients for advice and guidance in the areas of leave rights, disability interactive process, disability retirement, discipline, termination, Family Medical Leave Act, Fair Labor Standards Act, investigations, retaliation and discrimination. She also works extensively with local agencies on every facet of the disability accommodation process, including identifying disabilities, requesting medical documentation and evaluation, evaluating leave rights of disabled employees, engaging in the interactive process, identifying possible reasonable accommodations, complying with applicable disability laws, and, when necessary, disability retirements.  Jennifer is a prolific trainer on numerous employment law issues, including disability and the interactive process, industrial disability retirement, investigations, discipline, managing the marginal employment, the Fair Labor Standards Act, Ethics, harassment, discrimination and retaliation. 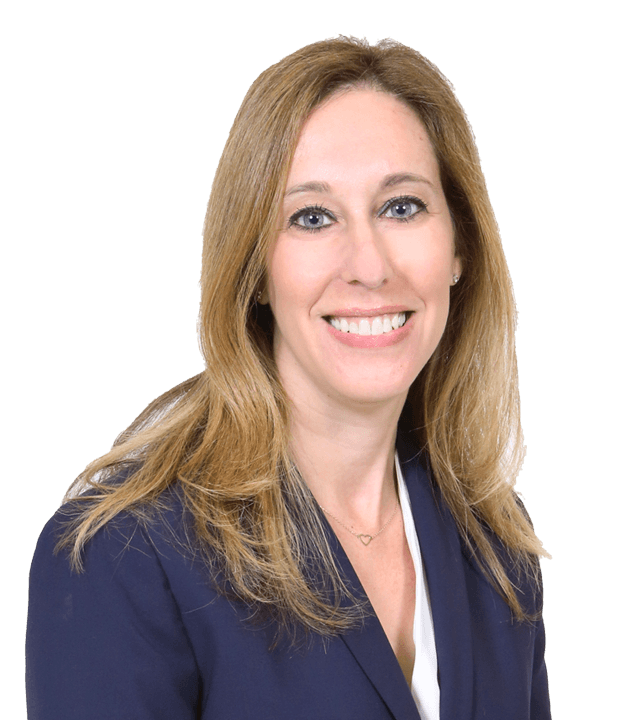 Jennifer travels to New York every summer with her dad for the US Open.

Jorge Castaneda v. County Of Orange (2012) – The Court of Appeal held that former Deputy Juvenile Correctional Officer Jorge Castaneda’s only means for challenging the outcome of binding arbitration concerning his termination from employment was based on a petition pursuant to Code of Civil Procedure Section 1285, also known as the California Arbitration Act. Appellant’s failure to do so was fatal to his appeal and the termination was upheld.

Kansaku v. Hermosa Beach (2012) – In this litigation, the City of Hermosa Beach prevailed in a dispute about a police officer’s right to an administrative appeal under Government Code Section 3304(b) both in the trial court by way of summary judgment and in the Appellate Court where Melanie Poturica presented the oral argument.

Crosby v. South Orange Community College District (2009) – The Court of Appeal sustained a trial court ruling that a college could impose reasonable time, place and manner regulations on the use of internet access in a college library.

Public Safety Officer Termination (2017) – Successfully sustained the termination of a public safety officer in an arbitration involving a victim of domestic violence.  Jennifer worked with the Deputy Chief who testified that the employee was terminated for her dishonesty and not any other reason. Since the Department has a zero tolerance policy for dishonesty, and given the important policy considerations of requiring honesty by law enforcement employees at all times, the hearing officer sustained the termination.

Muneton, et. Al. v. Los Angeles Unified School District (2019) – LCW, led by Jennifer Rosner, represented the District against twelve former motor unit police officers claiming whistleblower retaliation and retaliation for reporting acts illegal under Education Code 44113 and the Labor Code. When the Chief of Police commissioned an audit, it revealed that the motor unit was operating at a loss due to the officers’ lack of productivity, the infighting within the unit and their resistance to supervision, and the unit was disbanded.  LCW filed seven separate motions and the Court granted all seven motions, resulting in a complete dismissal.

Todd Palombo v. City of Costa Mesa (2019) – A former firefighter brought claims against the City alleging he was not promoted to Captain due to his age. A prima facie case of age discrimination arises when the employee shows (1) at the time of the adverse action he or she was 40 years of age or older (2) an adverse employment action was taken against the employee, (3) at the time of the adverse action the employee was satisfactorily performing his or her job and (4) some other circumstance suggesting a discriminatory motive was present, such as replacement by a significantly younger worker with similar qualifications. Plaintiff argued that, because the testing process gave the Fire Chief discretion to promote the applicant he felt was best qualified from an eligibility list, it allowed the Fire Chief to discriminate against Plaintiff.  However, LCW demonstrated that the City had legitimate, non-discriminatory reason for promoting individuals other than Plaintiff. In fact, a majority of the candidates selected during the contested time period were over the age of 40 and outscored Plaintiff on the promotional examination.  Based on the foregoing, the Judge granted Motion Summary Judgement in favor of the City.

Petitioner v. City (2019) – Prevailed on a writ of mandate under Cal. Code of Civil Procedure section 1094.5 in the Ventura County Superior Court. Petitioner was a dispatcher who lied on her time card regarding the time she spent on jury duty to avoid returning to work or using personal time for the remainder of the day after various supervisors instructed her as to how to complete her time card.  Petitioner argued that the City’s jury duty policy was vague and that she followed past practice. The Court sustained the termination and found that the City had good cause to terminate Petitioner for her misconduct.

Police Officer v. County of Riverside (2017) – Prevailed in termination of deputy sheriff for on-duty sexual misconduct, conduct unbecoming and dishonesty related to a call for a welfare check.  The Deputy Sheriff then filed a petition for writ of mandate in the Superior Court.  The Superior Court upheld the termination.

Neely Nakamura v. City of Riverside Police Department, et al. (2013) – Successfully defended the City of Riverside and seven individual defendants, from demurrer through trial and the final non-suit, in a case where a police officer alleged eight causes of action. After 2 demurrers, which resulted in the dismissal of 4 of the individual defendants and 3 causes of action, Plaintiff’s Third Amended Complaint alleged claims for: 1) Unlawful Search and Seizure; 2) Violation of the Public Safety Officer’s Procedural Bill of Rights; 3) False Imprisonment; 4) Conversion; and 5) Violation of 42 U.S.C. section 1983. The Court granted summary adjudication as to all of Plaintiff’s causes of action except the third cause of cause of action for false imprisonment against the City and the three individual defendants. The Court granted non-suit as to this cause of action after a nine day jury trial.

Jowski v. City of Hesperia (2012) – The Court found that the City was entitled to summary judgment against Jowski and his claims for disability discrimination and retaliation under the FEHA. Jowski was an insulin dependent diabetic. The City released Jowski after four months of probation with the City because he could not perform the essential functions of the Code Enforcement Officer position, which included communicating and interacting with members of the public. The Court found that Jowski could not demonstrate that he was performing competently in his job position or that his disability was a factor in the City’s decision to release him from probation. The Court found that the City had legitimate, non-discriminatory and non-retaliatory reasons for releasing Jowski from employment.

Marvin, et al. v. Housing Authority of the City of Los Angeles (2011) – The Court found that HACLA was entitled to summary judgment because the 3 Plaintiffs had not exhausted their administrative remedies. In addition, the court found that Plaintiffs were unable to demonstrate that they engaged in protected activity or show a causal link between their complaints to HACLA and any adverse action taken against them by HACLA under the whistleblower retaliation statutes. Finally, the Court found that it was undisputed that the Plaintiffs were added to the list of positions, which were proposed for elimination because they were not essential to the daily operations of HACLA, and it would be more cost effective to contract out for those services. The Court found that these were legitimate, non-retaliatory reasons for Plaintiffs’ layoffs.

Sellan, et al. v. Savelli, et al (2011) – On March 13, 2009, Plaintiffs Scott Kansaku, Donovan Sellan and David Bohacik filed a lawsuit against the City of Hermosa Beach, the Hermosa Beach Police Department Stephen Burrell, Gregory Savelli, Thomas Bohlin and Thomas Eckert. Plaintiffs alleged two causes of action under the Public Safety Officers Procedural Bill of Rights (“POBR”) and a third cause of action under 42 U.S.C. section 1983. Defendants removed the lawsuit to federal court.  Following motions to dismiss, the individual defendants and the third cause of action were dismissed from the lawsuit. The lawsuit was then remanded back to the Superior Court for adjudication of the remaining state law claims. On August 10, 2010, the Court granted summary judgment against Plaintiff Scott Kansaku. The Court found that Defendants did not violate Plaintiff Kansaku’s rights under the POBR.

Yevnovkian v. Los Angeles Unified School District (2010) – Successfully represented the District against a petition for writ of mandate seeking reinstatement of a teacher who resigned and retired via a supplemental retirement program.

Ramirez v. City of Hermosa Beach (2009) – Prevailed in an eight-day jury trial which involved a section 1983/First Amendment/retaliation claim brought by a police officer naming the City, the Police Chief and various members of the command staff as individual defendants. The City was dismissed from Plaintiff’s First Amendment claim prior to the jury trial. The jury returned a verdict in favor of the individual Defendants. Specifically, the jury found that the individual Defendants did not retaliate against the officer based upon his First Amendment speech and/or activities as a member of the Hermosa Beach Police Officers Association.

During these unprecedented times, it is likely that employees may be utilizing various forms of protected leave under the Family Medical Leave Act (FMLA) and California Family Rights Act (CFRA).  Some employees may be tempted to work remotely during their leave, perhaps to catch up, to stay ahead,...

The present is a uniquely challenging time for law enforcement agencies.  Public discourse, which can tend to be demoralizing, is consistently critical of police.  In turn, legislators have set their sights on reform.  By the end of the 2020 legislative session, the California Legislature had...

READ NOW
Location, Location, Location! Employees May Qualify for Disability Retirement If They Can No Longer Perform Their Usual Job Duties At The Location Where Their Employer Will Allow Them To Work
California Public Agency Labor & Employment Blog

Plaintiff Cari McCormick worked as an appraiser for Lake County.  In 2010, she started to experience physical pain throughout her body and felt constantly fatigued.  McCormick’s symptoms worsened when she was in her office environment but felt much better if she was at home or outside.  McCormick...