Mark is an experienced trial attorney and has obtained defense verdicts and won summary judgment motions  in numerous lawsuits involving discrimination, harassment, First Amendment, whistleblower retaliation and the FLSA.  Mark also regularly represents the firm’s clients in arbitrations and hearings and has handled dozens of arbitrations involving employee discipline, with a strong record of successfully defending our clients in disciplinary appeals. He represents a broad array of public entities in all types of civil litigation, administrative proceedings and arbitrations and  regularly advises and represents clients in all aspects of employment and traditional labor relations matters.

Mark utilizes his employment law and litigation experience and expertise in such matters as discipline and termination arbitrations and hearings; state and federal court actions involving harassment, civil rights, discrimination, writs of mandate relating to meet and confer disputes, Public Safety Officer Procedural Bill of Rights issues, administrative charges of harassment and discrimination brought before the DFEH and EEOC and several court of appeal arguments.

Mark recently obtained a defense verdict in a federal court case involving civil rights and retaliation claims.  Mark has also worked on two matters which resulted in two published decisions, including a recent decision in which the California Supreme Court elaborated upon the scope of meet and confer obligations for public sector entities.  Mark has also successfully litigated numerous other administrative and court proceedings on behalf of the firm’s clients. 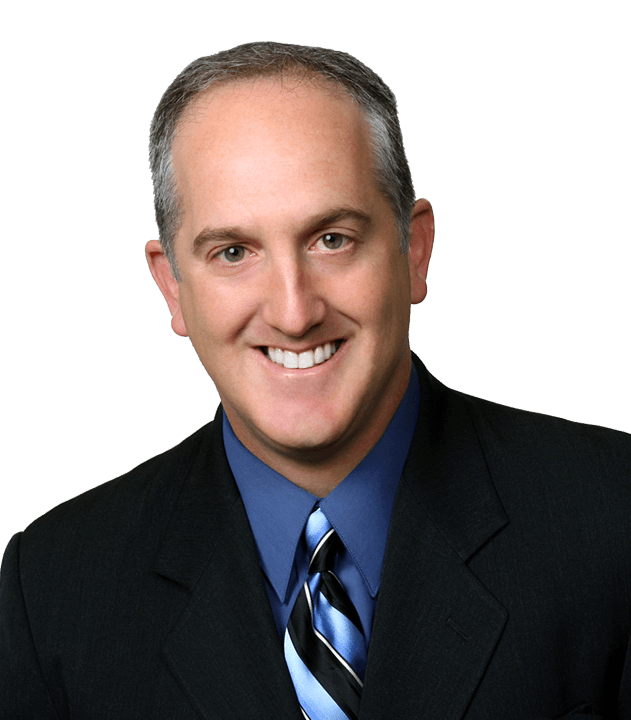 Marks takes a trip to Montana every year to go fly fishing with his three brothers.

Employee v. City (2014) – Hearing officer upheld the termination of recreation supervisor who left work before the end of her scheduled shift.

Employee v. Imperial Irrigation District (2014) – Prevailed in hearing involving termination of an employee for dereliction of duty and incompetence.

Employee v. City of Arcadia (2013) – Personnel Commission upheld the termination of a police officer for dereliction of duty.

Holliday v. City of Buena Park (2014) – Successfully represented the City against claims of retaliation in violation of the Meyers-Milias-Brown Act and Labor Code section 1102.5. Plaintiffs alleged that the City had retaliated against them because of their vote during an employee association meeting. The California Court of Appeal affirmed the lower court’s order sustaining a demurrer dismissing all of the claims because the employees had failed to exhaust their administrative remedies prior to filing their lawsuit.

Lewitt v. Lavin (2009) – In an unpublished opinion, the California Court of Appeal, Second District agreed with the Sixth District’s Gilbert v. City of Sunnyvale ruling, holding that an interrogated officer’s discovery rights under the Public Safety Officers Procedural Bill of Rights Act are limited to the investigation reports and complaints only, and only after the officer has been interrogated and further proceedings are contemplated or prior to a further interrogation.

Claremont Police Officers Ass’n v. City of Claremont (2006) – In a case handled by LCW at the superior court level, the Supreme Court adopts the lower court ruling by determining that a Police Department’s implementation of racial profiling study is not subject to meet and confer requirements.

Nazir v. City of Torrance (2014) – Obtained summary judgment against an officer who was terminated for being placed on the Brady list in a case alleging violations of the officer’s First Amendment rights.

Summary Judgement Win On USERRA Claim (2011) – Represented the City in a discrimination suit. Plaintiff alleged the City discriminated against him by violating the federal military leave law, USERRA. Summary judgment granted in favor of City.  Plaintiff’s cross-motion for summary judgment denied. The court correctly determined that USERRA does not entitle an employee while on leave to automatically receive promotions or pay increases which are generally based on merit.  The court distinguished job advancement based solely on seniority as opposed to merit.  With pure seniority, the employee receives promotion and pay increases “automatically” while on leave.

Batts et al. v. City of Los Angeles, et al. (2010) – Successfully defended the City of Los Angeles, the Los Angeles Police Department, Chief William Bratton, and other high-level Police Department command staff in a retaliation action brought by nine police department sergeants who alleged they had suffered adverse employment actions because of their participation in a wage and hour litigation against the City. The alleged adverse actions included disciplinary investigations, relief from duty, suspension, transfer, and denial of promotion. Plaintiffs attempted to bring the matter as a class action, but the Court dismissed the class allegations. Following depositions of each Plaintiff, of Chief Bratton, and some individual defendants, LCW brought nine summary judgment motions, one for each Plaintiff. The Court granted all the motions, resulting in a defense victory on all claims.

Tackett v. County of Imperial (2007) – Summary judgment was awarded in this lawsuit brought by a Sheriff Deputy claiming retaliation and race discrimination.

Ho v. City of Azusa (2007) – Obtained a summary judgment on behalf of the city in this case brought by the union president alleging first amendment retaliation.

Ware v. City of Pasadena and Chief Bernard Melekian (2004) – Wrongful termination and Freedom of Speech case in a Federal Court jury trial. We won a defense verdict on the wrongful termination claim and, based on the juror’s answers to proposed questions, the Judge held that the balance was in favor of the City on the freedom of speech claim. The Judge granted a motion for judgment as a matter of law on all of the claims on behalf of the Defendants.

City of Monterey Park Negotiations – In his role as Chief Negotiator for the City, Mark assisted the City in negotiating several concessions with the Fire Fighters Association, including requiring employees to “pick-up” their own retirement contributions. Following several meetings at the bargaining table, Mark was able to structure a package which obtained needed financial relief for the City.

City of Thousand Oaks Negotiations – In his role as Chief Negotiator for the City, Mark successfully assisted the City in achieving contracts with two bargaining units, including provisions relating to layoffs affecting City employees.

Social media sites have become the new “public square” where individuals share opinions and information about all types of political and societal events.  Public sector employees, as much as anyone else, use social media to post viewpoints and to participate in public debate.  Problems arise,...

LCW Partners Mark Meyerhoff, Morin Jacob and Associate Paul Knothe penned “Free Speech in the Age of Facebook” for the July/August 2021 issue of Sheriff & Deputy Magazine. In the piece, the attorneys address the importance of developing and enacting updated agency social media policies that...

Partner Mark Meyerhoff recently took part in a KNX 1070 Newsradio segment with reporter Craig Fiegener in which Mark discussed a new law that will require public safety applicants for employment in California to be screened for implicit or explicit biases.  This law will go into effect in January...

In a recent KFI News segment with reporter Corbin Carson, Mark Meyerhoff discussed whether police officers have First Amendment rights that allow them to make comments on social media. While police officers do indeed have personal free speech rights, Mark shared that there is a significant...