Michael Blacher is the Chair of the firm’s Private Education Practice Group. He represents educational institutions in all aspects of labor, employment, and education law. Michael has successfully defended claims involving alleged harassment, discrimination and retaliation, disability accommodation, First Amendment, and alleged violation of wage and hour laws. Michael also advises educational institutions in Office of Civil Rights investigations and has handled a number of Title IX cases. Michael often advises boards on governance and other issues, including updates to bylaws. He works extensively on contractual matters such as employment and enrollment agreements as well as employee and student handbooks. Michael also represents clients during arbitrations and administrative hearings.

A frequent presenter, Michael has provided a number of individualized trainings for schools, such as AB 1825 training. He also regularly presents at the California Association of Independent Schools (CAIS) Trustee/Head of School conference, the National Association of Independent School (NAIS) annual conference, and the National Business Officer (NBOA) annual meeting. He is one of the firm’s most popular trainers.

Prior to joining Liebert Cassidy Whitmore, Michael worked on documentary films, including the Academy Award winner, The Long Way Home. He also worked at the Museum of Tolerance in Los Angeles. 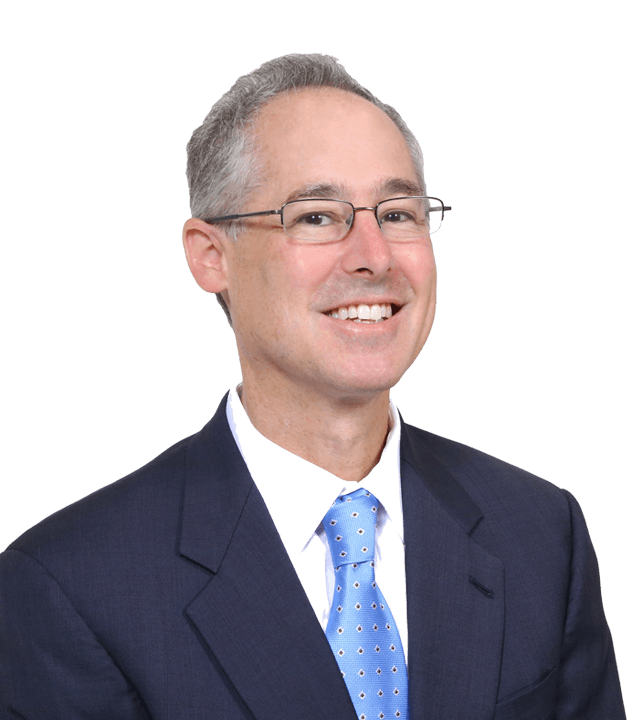 Michael studied "back in the USSR."

Wrongful Termination Claim (2015) – A private university obtained summary judgment against a former employee who alleged harassment and discrimination. The University’s former Director of Student Recruitment claimed that the University terminated her in violation of the California Fair Employment and Housing Act. Specifically, she alleged that her termination was motivated by her race and disability. The Court granted summary judgment in favor of the University. The Court determined the documented complaints, and verified attempts by plaintiff’s supervisor to improve her performance, constituted legitimate, non-discriminatory reasons for separating her. Plaintiff could not proffer sufficient evidence to support her claims of harassment or discrimination.

Discrimination Claim (2011) – A private school terminated employee for misconduct. He then filed a claim with the EEOC and threatened litigation based on a claim of discriminations. The School put forth legitimate, nondiscriminatory basis for terminating the employee who then formally dropped the suit.

Religious Discrimination (2011) – A religious school restricted applicants to those whose religious beliefs were consistent with those of the school. Within the School rejected an applicant based on religion, he filled a claim with the EEOC. The School responded that it appropriately followed state and federal law. Both the EEOC and applicant dropped the complaint.

Defense Verdict For School District On Student Discipline (2010) – School district disciplined a student for cheating. Parents appealed using internal district procedure and lost at each level. Then parents sought a writ, which the court denied.

Breach of Contract Claim (2010) – A private school laid off a secretary who brought suit in breach of contract. The secretary sought attorneys’ fees, damages, and penalties under the Labor Code. The School demurred and the court granted the motion without leave to amend.

As of Saturday, September 17, 2022, the California Department of Public Health (“CDPH”) ended its policy of requiring schools to verify the vaccination status of workers.  Schools are also no longer required to test unvaccinated or partially vaccinated workers on a weekly basis. A copy of the...

On July 25, 2022, the United States District Court for the Central District of California ruled on an issue that stands at the intersection of tax law and Title IX.  In E.H. v. Valley Christian Academy (2022) Case No. 2:21-cv-07574-MEMF, a female student, identified only as E.H., played wide...

On January 12, 2022, the California Department of Public Health (“CDPH”) updated its COVID-19 Public Health Guidance for K-12 Schools in California.  The new guidance modified the student quarantine procedures.  It also introduced a new Group-Tracing Approach to Students Exposed to COVID-19 in a...

On December 27, 2021, the Centers for Disease Control and Prevention (“CDC”) shortened its recommended isolation and quarantine periods for people who test positive for, or are exposed to, COVID-19.   On December 30, 2021, the California Department of Public Health (“CDPH”) followed suit by...

As schools begin 2022, here are five COVID-19 related issues they should consider:

On October 1, 2021, Governor Newsom announced a forthcoming statewide COVID-19 vaccine mandate for both school staff and students.  For students, the California Department of Public Health (CDPH) will be adding the COVID-19 vaccine to other vaccinations required for in-person school attendance—such...

On September 22, 2021, the California Department of Public Health (CDPH) issued updated COVID-19 K-12 Guidance to provide new recommendations for the timing of unvaccinated students to exit modified quarantines after close-contact exposure at the supervised school setting, and includes pooled PCR...

READ NOW
Kehillah Students Must be Vaxed. Other Local Jewish schools are Still Weighing their Options.
J. The Jewish News of Northern California

LCW Partner Michael Blacher recently weighed in on the discussion of COVID-19 vaccine mandates at California Jewish high schools. In J. The Jewish News of Northern California article “Kehillah Students Must be Vaxed. Other Local Jewish schools are Still Weighing their Options,” which was published...

LCW Partner Michael Blacher weighed in on the Supreme Court’s decision to avoid making any sweeping decisions on LGBTQ bias laws after its recent ruling that Philadelphia violated the religious rights of a foster care agency that refused to place children with same-sex couples. In the June 17...

Today, the United States Supreme Court issued its highly anticipated decision in Mahanoy Area School District v. B.L., finding that a high school violated a cheerleader’s First Amendment rights when it disciplined her for a short, profane Snapchat post she created off-campus and on a Saturday.  The...

Given the recent news coverage concerning COVID-19 vaccines and the government’s distribution plan for such vaccines, many of our private school clients have inquired whether it will be permissible to require school employees be vaccinated for COVID-19. This question is important from a public...

On December 3, in order to slow the unprecedented rise in the rate of increase in COVID-19 cases and hospitalizations in the state, Governor Gavin Newsom announced a new Regional Stay At Home Order (the “Order”).
The Order will take effect on December 5, 2020 in any region of the state, as...

On November 16, 2020, in response to significant increases in the incidence rates of COVID-19 in the state, the California Department of Public Health (“CDPH”) issued updated guidance concerning the use of face coverings. The updated guidance requires that individuals wear a face covering at all...

On November 13, 2020, in response to alarming increases in the incidence rates of COVID-19 in other countries and states, the California Department of Public Health (“CDPH”) issued a travel advisory to California residents.  This travel advisory follows recent state and federal guidance limiting...

Federal funds are available to assist California private schools respond to the COVID-19 pandemic.  The Paycheck Protection Program (PPP) and the Economic Injury Disaster Loan (EIDL), both offered through the Small Business Administration (SBA), as well as the recently announced Main Street Lending...

Checking references should be a part of every school’s hiring practice.  It increases the likelihood of making a well-informed hiring decision, protects against claims of negligent hiring, and demonstrates fairness, equity, and transparency in the recruitment process. Yet we repeatedly find that...

The world is getting smaller and students are exploring it in greater numbers.  Exchange programs and stays with host families, once an oddity, are increasingly the norm.  As schools integrate these programs into their curriculum, families expect their children to participate in them.
Yet with...